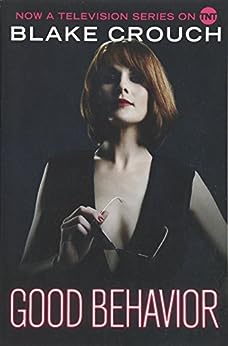 Fresh out of prison and fighting to keep afloat, Letty Dobesh returns to her old tricks burglarizing suites at a luxury hotel. While on the job, she overhears a man hiring a hit man to kill his wife. Letty may not be winning any morality awards, but even she has limits. Unable to go to the police, Letty sets out to derail the job, putting herself on a collision course with the killer that entangles the two of them in a dangerous, seductive relationship.

The Pain of Others – Letty Dobesh, a gorgeous, degenerate thief, is fresh out of the clink and back to her old tricks-in this case, burglarizing suites at a luxury hotel in Asheville, North Carolina. But when she’s surprised by returning guests on her last room of the day, she’s forced to hide in the closet to avoid getting caught, and inadvertently overhears a hitman being contracted to murder the wife of a wealthy lawyer.

Sunset Key – Letty Dobesh is coming off a bender and hasn’t had a job in months when she gets a very enticing offer. John Fitch, the ultrawealthy CEO of a major energy company, has recently been convicted of securities fraud. In four days he must report to a federal prison, where he will almost certainly spend the rest of his life. Fitch wants a female companion for his last night of freedom. But Letty is no high-priced call girl, and this gig isn’t about sex. The plan is to steal an original Van Gogh from Fitch’s island retreat. A petty thief by trade, Letty has never had a shot at this kind of payout. It’s certainly dangerous, but the money will set her up for life and allow her to regain custody of her young son. Besides, it’s stealing from a very bad guy. If all goes well, she’ll be on Easy Street but in Letty’s life, all seldom goes well.

Grab – Letty Dobesh: thief, junkie, pick-pocket, felon. But now, for the first time in ages, she’s also clean and sober, just out of rehab, and on a cross-country trip to reunite with her estranged little boy. Enter psychotic mercenary Isaiah Brown with a proposal that scratches at her oldest itch, something Letty has dreamed of all her life-the ultimate Vegas score. An ingenious plan to take down a casino that might actually work. All that’s standing between Letty and an inconceivable pile of money is the pick-pocket of a lifetime. One risky, impossible grab. Pull it off, and retire. But mess things up, and Letty Dobesh will lose everything she holds dear, including her life