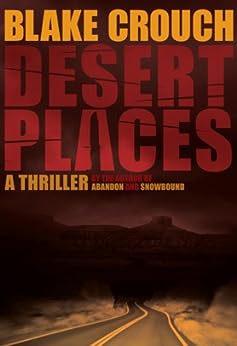 “Greetings. There is a body buried on your property, covered in your blood. The unfortunate young lady’s name is Rita Jones. In her jeans pocket you’ll find a slip of paper with a phone number on it. Call that number. If I have not heard from you by 8:00 P.M., the police will receive an anonymous call. I’ll tell them where Rita Jones is buried on your property, how you killed her, and where the murder weapon can be found in your house. (I do believe a paring knife is missing from your kitchen.) I strongly advise against going to the police, as I am always watching you.”

Novelist Andrew Thomas finds his peaceful life transformed into a nightmare by a mysterious killer who has framed him for the murder of a young woman whose body is buried on his property, covered in Andrew’s blood, and who threatens to turn Andrew over to the police unless he does what his unknown adversary wants.