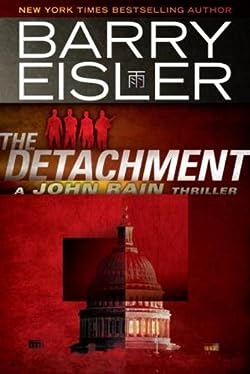 When legendary black ops veteran Colonel Scott “Hort” Horton tracks Rain down in Tokyo, Rain can’t resist the offer: a multi-million dollar payday for the “natural causes” demise of three ultra-high-profile targets who are dangerously close to launching a coup in America.

But the opposition on this job is going to be too much for even Rain to pull it off alone. He’ll need a detachment of other deniable irregulars: his partner, the former Marine sniper, Dox. Ben Treven, a covert operator with ambivalent motives and conflicted loyalties. And Larison, a man with a hair trigger and a secret he’ll kill to protect.

From the shadowy backstreets of Tokyo and Vienna, to the deceptive glitz and glamour of Los Angeles and Las Vegas, and finally to a Washington, D.C. in a permanent state of war, these four lone wolf killers will have to survive presidential hit teams, secret CIA prisons, and a national security state as obsessed with guarding its own secrets as it is with invading the privacy of the populace.

But first, they’ll have to survive each other.