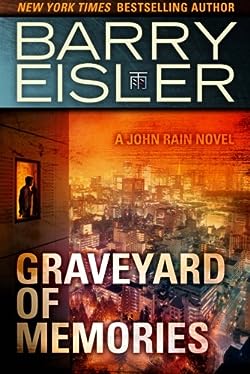 This book goes back to the roots of what makes John Rain a great assassin. For him, it was the lessons of love, war, and betrayal he learned in Tokyo in 1972.

Fresh from the killing fields of Southeast Asia, Rain works as a bagman under the watchful eye of his CIA handler, delivering cash to corrupt elements of the Japanese government.

But when a delivery goes violently wrong, Rain finds himself in the crosshairs of Japan’s most powerful yakuza clan. To survive, Rain strikes a desperate deal with his handler: take out a high-profile target in the Japanese government in exchange for the intel he needs to eliminate his would-be executioners.

As Rain plays cat and mouse with the yakuza and struggles to learn his new role as a contract killer, he also becomes entangled with Sayaka, a tough, beautiful ethnic Korean woman confined to a wheelchair. But the demands of his dark work are at odds with the longings of his heart—and with Sayaka’s life in the balance, Rain will have to make a terrible choice.