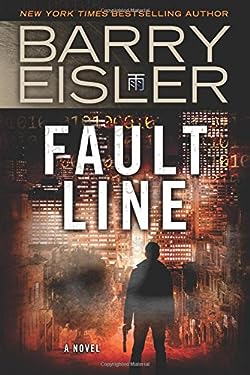 In Silicon Valley, the eccentric inventor of a new encryption application is murdered in an apparent drug deal.

In Istanbul, a cynical undercover operator receives a frantic call from his estranged brother, a patent lawyer who believes he is the next victim.

And on the sun-drenched slopes of Sand Hill Road, Silicon Valley’s nerve center of money and technology, old family hurts sting anew as two brothers who share nothing but blood and bitterness wage a desperate battle against a faceless enemy.

Alex Treven, an elite undercover soldier, has sacrificed everything to achieve his sole ambition: making partner in his high-tech law firm. But then the inventor of a technology Alex is banking on is murdered… and the patent examiner who reviewed it dies… and Alex himself narrowly escapes an attack in his own home. Off balance, out of ideas, and running out of time, he knows the one person who can help him is the last person he’d ever ask: his brother.