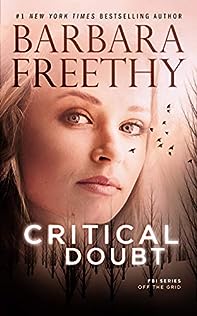 They met in a war-torn city on the other side of the world and shared an anonymous night of passion. They didn’t intend to meet again. Nor did they think they’d be reunited by sinister secrets…

Five years later, FBI Agent Savannah Kane is headed to a small town in Georgia for the funeral of her best friend’s husband. Going home is fraught with complications, but Savannah never imagined one of those would be Ryker Stone, the stranger she’d shared an unforgettable night with.

Haunted by an ambush that took the lives of two men in his unit, Ryker now copes by living a solitary civilian life. Attending the funeral of yet another solider, this one lost to a senseless accident, he is shocked to run into the beautiful stranger he has never forgotten.

When another man in Ryker’s former unit dies under suspicious circumstances, he suspects that someone is targeting his team. He’s determined to get to the truth; Savanah is just as determined to get answers for her friend. Neither wants to work with the other, and as they struggle with trust and attraction, the truth grows murkier…and more dangerous. Will finding answers reveal secrets neither one of them is ready to know