Last Updated on October 5, 2021 Barbara Freethy is an American author of several romantic suspense and contemporary romance series, as well as standalone novels.

The first book I have read by Ms. Freethy was Silent Run, book #1 in the Sanders Brothers romantic suspense series. Sadly that series has only two books, however, they were enough to want to read more by this author.

Here are Barbara Freethy’s books in order for her romantic suspense series and standalone novels. 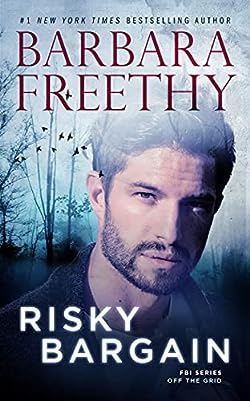 Off The Grid: FBI Series

Born in Santa Barbara in 1958, Barbara Freethy is a native Californian. She grew up among boys, so without having girl friends of her age to play with, she spent most of her time reading books. The fact that her mother had shelves full of books – especially with romance titles – contributed to her developing her love for reading as well.

She attended the University of Santa Barbara, from where she received her degree in Communications. After leaving the UC, she took some jobs in public relations.

She also worked with publishing houses such as Harper Collins, Penguin and Simon and Schuster, until 2011, when she decided to start self-publishing her novels. She formed Fog City Publishing and started to re-release some of her older novels. This way she was able to make available her books to all her readers at a cheaper price.

Currently Barbara Freethy has published close to 40 novels, some of which in the romantic suspense genre. Many of her books have constantly taken top positions in New York Times, Amazon and B&N bestseller lists.

The author’s latest romantic suspense series is Off The Grid: FBI Trilogy, which started in 2017. It currently has 10 novels.