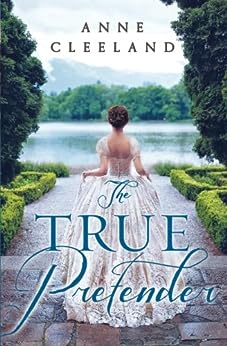 A member of the French émigré community in London, Epione  is caught in the middle of several competing factions fighting to put their man on the French throne. She is forced to hide her true identity, and instead works as a milliner’s assistant in a Bond Street shop. Cautiously optimistic, she believes she’s managed to avoid public scrutiny—until she notices that a handsome man is watching her movements from across the way.

Epione fears the mysterious (and handsome) gentleman watching her from across the street these past few days may be the murder. To foil his surveillance an early slip through the shops back door and her sewing shears may just be the trick, however, the trick is on her as the handsome stranger anticipates the evasive move!

As she is swept up in the plots and counter-plots surrounding the restoration of the French monarchy, Epione must call upon reserves of courage she wasn’t aware she possessed, and re-learn long-forgotten lessons about loyalty, and love.