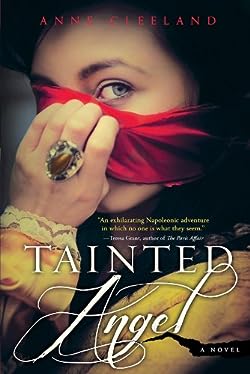 In the time of Napoleon, Vidia Swanson appears to live a gilded life of ease and luxury. Beneath this façade, however, she works for the Home Office as an ‘angel,’ coaxing secrets from powerful men who may or may not be traitors to the Crown. In the course of her latest assignment, matters take an alarming turn when she realizes that her spymaster suspects that she is the one who is tainted–a double agent working for the enemy.

Lucien Carstairs is a fellow agent with his own dark secrets–unless he is setting an elaborate trap to reveal her own supposed treason. Backed into a corner, she can only hope to stay one step ahead of the hangman in a race to stop the next war before it destroys them–and destroys England.

Tainted Angel offers up a compelling game of cat and mouse in which no one can be trusted–and anyone can be tainted.