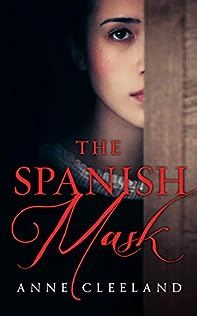 A Spanish postulant is living quietly in her Andalusian convent until suddenly, the various factions from the Napoleonic war descend upon her, believing that she alone knows where the Spanish royal treasure lies hidden. As she attempts to convince the British Commander that she is not the missing royal, she finds she must also convince him that the attraction that crackles between them is forbidden, and for more reasons than one.

The story is set during the period when Napoleon supporters kept working diligently to raise fund and an army for his return to power. The Spanish Masks features a young heroine with hidden depths and skills becoming involved with an agent from the Home Office. British agents, Grandees, monks, guerrillas, a young boy and postulants, an unusual cast of characters that fit together perfectly. The story takes place in exotic (mostly) locations throughout Europe, Africa and India.