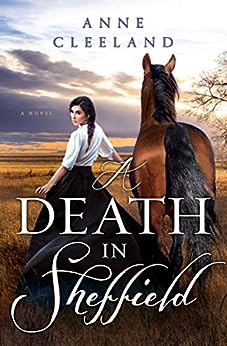 Artemis Merryfield has lived a soldier’s life, following the drum with her father as the British Army battled Napoleon’s forces on the Continent. But the Colonel was unexpectedly killed, and so she’s been shipped off to his nearest relative in Sheffield, England.

As she struggles to adjust to civilian life, Artemis soon discovers that there are factions from the last war who seem to be intensely interested in the silver mines she is to inherit, and equally interested in any secrets she may hold—secrets that could see her hanged for treason.

Artemis Merryfield has four bad secrets…and a very tall, dark and handsome (and older) Earl is determined to find out what they are..regardless of the fact that he has a number of secrets himself.

This book is a historical romance, not a crime mystery novel like the author’s Doyle and Acton series.