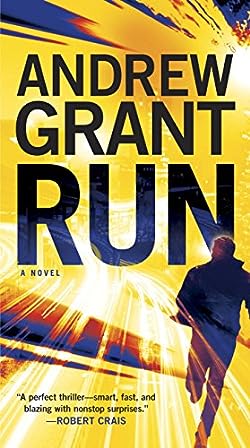 Marc Bowman, a highly successful computer consultant, and software designer, walks into his job at a major tech company one morning only to find himself fired on the spot, stonewalled by his boss, and ushered out of the building.

Then things get worse: An explosive argument drives his wife away and a robbery threatens to yank a million-dollar idea—and his whole future—out from under him. In a matter of hours, Marc has gone from having it all to being sucker-punched by fate. But it’s only Monday, and before the week is over, he’ll be stalked, ambushed, wiretapped, arrested, duped, double- and triple-crossed—until he can’t tell enemies from allies.

Suddenly, the only thing standing between him and the wrath of everyone from the FBI to Homeland Security to his desperate ex-bosses is a flash drive full of data that might just be the holy grail of high-tech secrets—and a holy terror in the wrong hands.

Now, as the gloves come off and the guns come out, turning back is hopeless and giving up is madness. The only person left for Marc to trust is himself. And the only thing left to do is keep running—or end up a dead man walking.