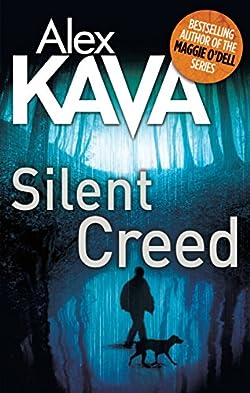 Most of them were asleep in their beds when the ground gave way. . . .

When Ryder Creed responds to a devastating mudslide in North Carolina, he knows the difference between finding survivors and the dead—is time. Heedless of the dangers, Creed and his best search-and-rescue dog Bolo frantically wade through the chaos of twisted tree limbs, crumbled cement, and unrecognizable debris, when a second slide catches up with Ryder. And he is buried alive.

Bolo makes it out, though, and leads the heroic rescue of his master. What they get when they pull Ryder out from the mud is much more than they bargained for. The secrets in the mud around Creed run deep, pointing to a possible serial killer and unexpectedly dredging up painful, hushed-up pieces of Creed’s own past.

The mysteries unearthed will bring Ryder Creed face-to-face with his past loyalties, deeply embedded survivor’s guilt, and a powerful figure from his past. He’ll have to rely on his dogs if he wants to make it through alive.