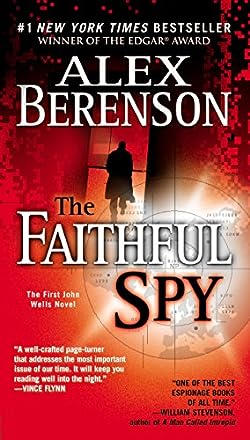 Many years ago, John Wells was an all-American boy from Montana. Now, he is wandering through Pakistan as a member of al Qaeda. After a decade away from home, he despises the United States for its decadence.

He is a deep undercover CIA agent. John Wells has been undercover so long that his bosses are no longer sure he’s still loyal – or even still alive.

For years Wells has been building his cover in the mountains of Afghanistan, his existence known only to a few senior CIA officials. But now he’s coming home – and no one, including his CIA minder Jennifer Exley, knows what to expect.

He is a man alone, used by two adversaries and trusted by neither. And as terrorists prepare to unleash the most devastating attack in history, Wells knows he is the only man who can stop them. With or without the government’s approval…