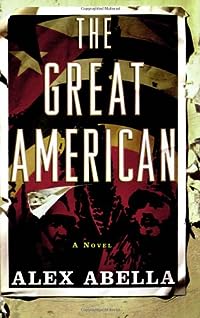 The Great American is the story of one man’s search for love, justice, and redemption in the maelstrom of revolutionary Cuba.

William Morgan, a dyed-in-the-wool marine from Ohio, is first introduced as a typical yanqui out to have a good time in the fleshpots of pre-Castro Havana. By story’s end, he has become a noble, tragic figure, Zhivago-like in his pursuit of goodness and in his surrender to the enthrallment of a great passion. When Morgan arrives in Havana, he finds that his best friend has been killed during an attack on the Presidential Palace. Morgan links up with the anti-Batista underground and falls in love with Laura, a revolutionary and the daughter of a prominent family.

When their group fails at an attempt to assassinate the dictator, Morgan is spirited away to the mountains by a CIA agent. Believing that Laura is dead, Morgan refashions himself as a committed revolutionary, rising to the highest rank, Comandante, in the Second Front of the Escambray. He becomes a friend and saves the life of Che Guevara and joins forces with Castro’s army. The day that Batista flees Cuba, Morgan learns that Laura is still alive. Although he is married and his wife pregnant, in the heady days of Castro’s revolutionary triumph, Morgan resumes his love affair with Laura.

Soon Morgan’s attraction to the revolution goes sour and his alliances begin to shift, ultimately pitting him against Castro, who had made the American his confidante and right-hand man. Morgan’s disillusionment is total and he throws himself into the fray of conspiracy against the new government. His life and freedom – and his family’s – are at stake as he participates in a plot to assassinate Castro, entrapping himself in the winding sheet of betrayal and murder.