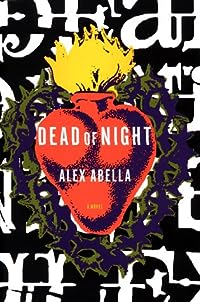 Dead of Night features the return of Charlie Morell, the fierce and impassioned Cuban-American lawyer – and sometime private investigator. Charlie Morell finds himself once again facing a landscape of unrelenting evil cloaked in the mesmerizing rituals of the Afro-Cuban religions santeria and palo mayombe, which summon ancient spiritual powers to the service of its modern-day practitioners.

Morell becomes entrapped in the maw of the occult when he promises an old friend of his recently deceased mother that he will search for her missing godson. Morell soon discovers that the godson, Ricardo Diaz, is a priest of palo mayombe who heads a black-magic cult that conducts gruesome ceremonies of torture and human sacrifice.

Galvanized by the unspeakable depravities of Diaz and his followers, and by the horrific murder of a close friend, a good-hearted priest of santeria, Morell sets out after his quarry. But Diaz proves to be more elusive and diabolical than anyone imagines, and Morell’s pursuit takes him from the mansions and cemeteries of Miami to the scorched hinterlands of Baja California and the seamy barrios of Los Angeles.