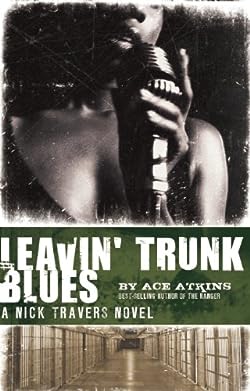 In the 1950s, Ruby Walker boarded the Illinois Central from Mississippi to the Promised Land – Chicago.

She became one of the greatest blues singers the city has ever known, only to lose everything when she was convicted of murdering her lover and producer, Billy Lyons, in 1959. She’s been locked in a prison cell ever since.

Now, a flickering hope emerges for Walker in the form of letters from a Tulane University blues historian named Nick Travers. She agrees to an interview only in exchange for him checking out what she calls the truth behind Lyons’s last hours.

Travers soon learns there are those who still want the details of Lyons’s death to remain hidden in the rubble of the blighted neighborhoods.