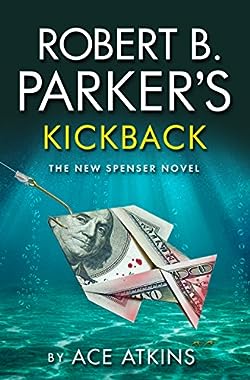 What started out as a joke landed seventeen-year-old Dillon Yates in a lockdown juvenile facility in Boston Harbor. When he set up a prank Twitter account for his vice principal, he never dreamed he could be brought up on criminal charges, but that’s exactly what happened.

This is Blackburn, Massachusetts, where zero tolerance for minors is a way of life.

Leading the movement is tough-as-nails Judge Joe Scali, who gives speeches about getting tough on today’s wild youth. But Dillon’s mother, who knows other Blackburn kids who are doing hard time for minor infractions, isn’t buying Scali’s line. She hires Spenser to find the truth behind the draconian sentencing.

From the Harbor Islands to a gated Florida community, Spenser and trusted ally Hawk follow a trail through the Boston underworld with links to a shadowy corporation that runs New England’s private prisons. They eventually uncover a culture of corruption and cover-ups in the old mill town, where hundreds of kids are sent off to for-profit juvie jails.