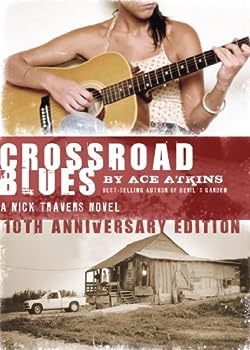 An ex-football pro, Nick’s days are now as languid as the Big Easy itself-he teaches the History of Blues at Tulane and occasionally plays the harmonica at JoJo’s Blues Bar in the French Quarter.

But when a colleague disappears into the Mississippi Delta while researching 1930s blues legend Robert Johnson, Nick’s life takes a tailspin.

On the trail of the lost professor, Nick also delves into Johnson’s mysterious death, and suddenly finds himself with two baffling mysteries on his hands, each more convoluted than the mighty Mississippi.