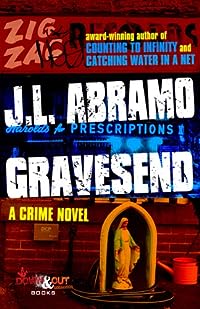 On an afternoon in early February, the neighborhood is stunned and horrified when the lifeless body of an eight-year-old boy is discovered abandoned on the roof of an apartment building.
The body has been mysteriously mutilated, leaving behind no clues, no witnesses, no apparent reason.

When a second boy is found two days later in the same condition, Homicide Detectives Samson, Vota and Murphy of Brooklyn’s 61st Precinct quickly deduce that the two boys were victims of the same killer.

The brutal murders of the two young boys have Samson questioning his strength as a protector of his children and his continued commitment to law enforcement.

Vota searches for a homeless man who may be witness to a fatal street shooting.

Murphy is trying to locate his brother, a suspect in a robbery-homicide, before the situation turns much worse.

A killer who believes he is following a mandate from God is handing out Old Testament retribution to those he identifies as responsible for his torment.

Slowly, the insanity and tragedy behind the killer’s motives are revealed through cryptic messages left at the scenes of the crimes and delivered in anonymous notes.

All of these lives intersect and collide leading to a furious and dramatic conclusion on the turbulent streets of Gravesend.